JinYoung is a Korean actor and member of the South Korean idol group GOT7.

After appearing in "Legend of the Blue Sea," he was praised by the public and industry workers as "JinYoung is one of the few acting-dols who has not only a good appearance but also acting skills."

When A Man's in Love

When My Love Blooms 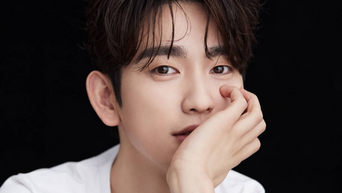 A Look At GOT7's JinYoung's Evolution As A K-Drama Actor

Top 23 Most Followed Korean Male Celebrities & 150 Others On Instagram

GOT7's JinYoung Is Serving Looks In His Latest Instagram Posts