IU Transforms Into A Disney Princess For Her 10th Anniversary Fanmeeting 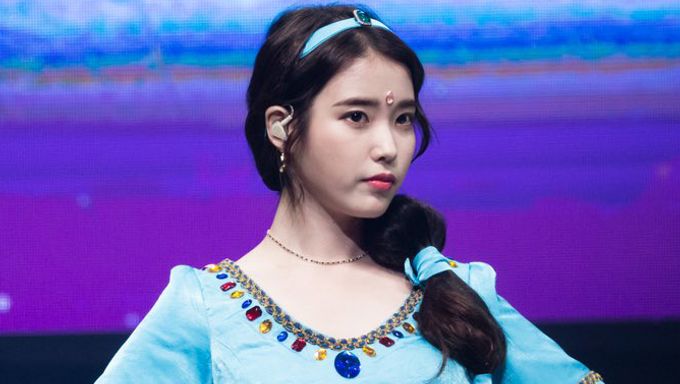 On September 15th, IU celebrated her 10th debut anniversary by holding a fanmeeting with teens as well as those over 20 years old.

For the fanmeeting held with teens, she transformed into a Disney princess, Jasmine and greeted them. During that time, she also did not fail to thank them and talk about the times when she had spent as a singer for the past 10 years.

She looks gorgeous with the blue on her skin and fans are also loving how good she looks cos-playing as Jasmine.

A cake was also prepared for her and IU looked really happy with it.

Aside from the fact that she had dressed up like Jasmine, her other outfit for the other fanmeeting also caught the attention of her fans.

She was wearing a yellow blouse with a flower crown on her head. Fans could not help but comment that she looks like a real princess.

We would like to congratulate IU once again for her 10th anniversary of debut.

Do you think she looks adorable with the Disney princess cos-play?