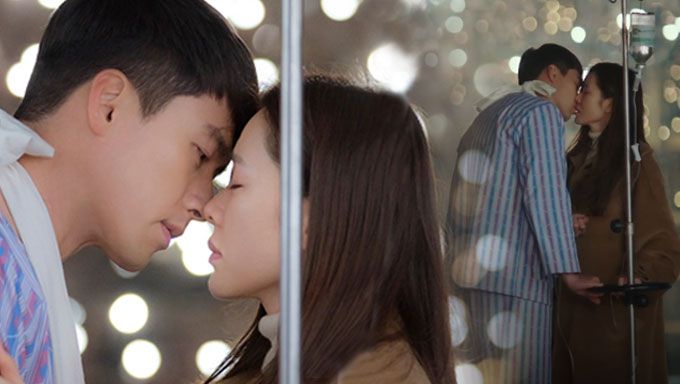 It is time to say goodbye to "Love With Flaws" couple. The drama ended this week and with the end of the drama, the couple got lovey-dovey.

In the selected scene this week, Ahn JaeHyun said a heart-fluttering line. They were both at his house but as things got serious Oh YeonSeo panicked. She said that her underwears were not enough pretty and that she had to go change at home.

Ahn JaeHyun let her worry down by saying: "Are you stupid? ... You are the only one I see". He was letting her know that whatever underwear she was wearing, he did not care because she was the only one that matters. He then bridal carried her to the bedroom. 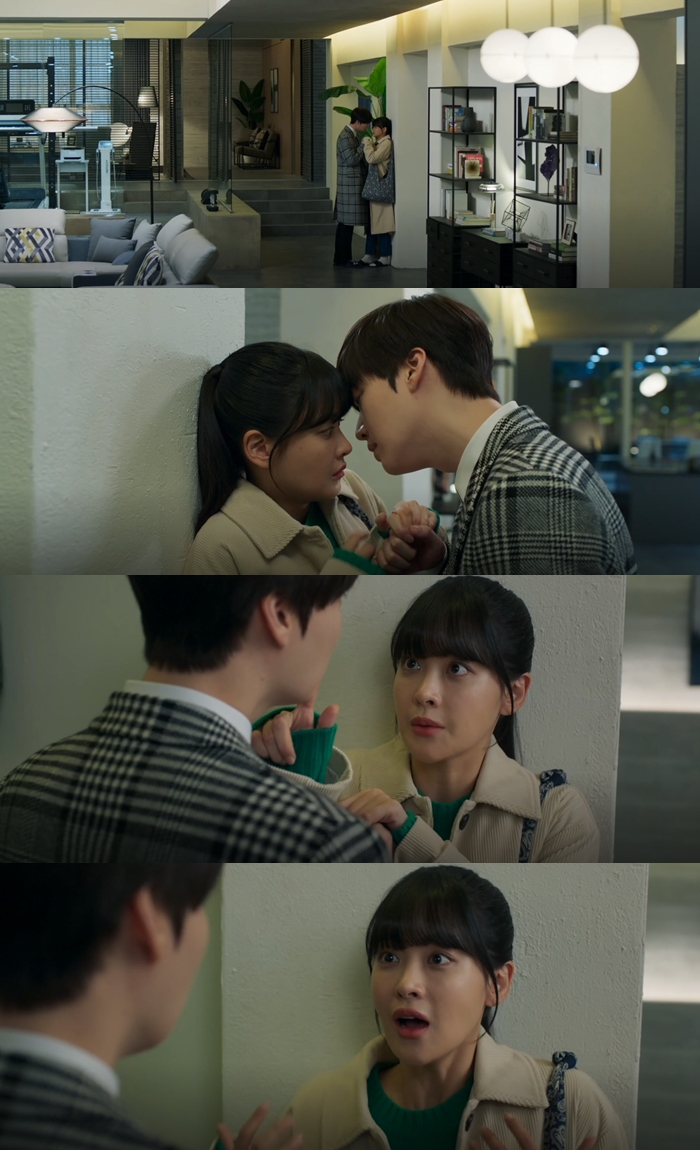 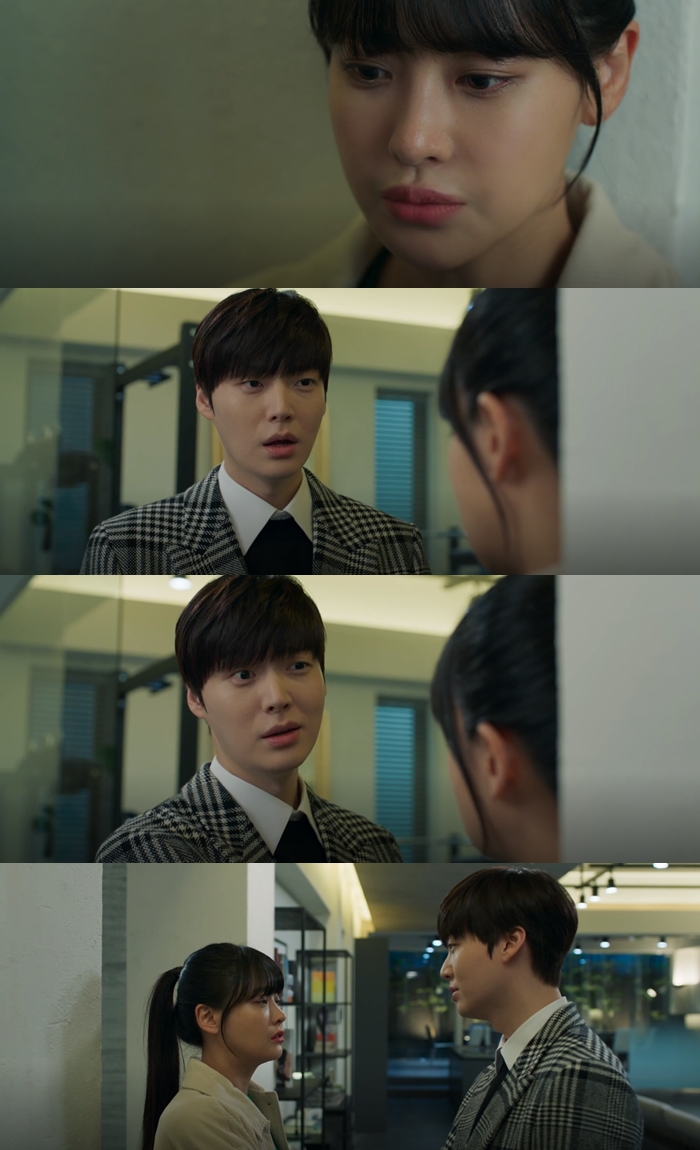 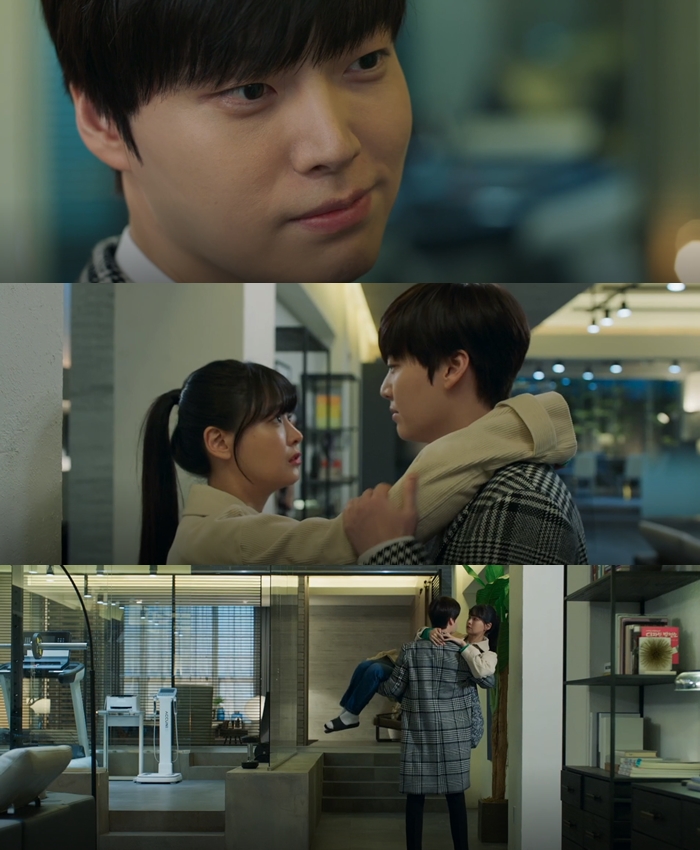 What if you started to have romantic feelings for your long-time friend? This is what is happening to Lee TaeHwan who started to have a one-sided love for his friend Kim BoRa. He is giving viewers a Second Lead Syndrome.

In the selected scene, Kim BoRa was applying a serum on his face. She dropped by mistake some of it on his lips. While she was removing it with her thumbs, his heart fluttered all over sudden. 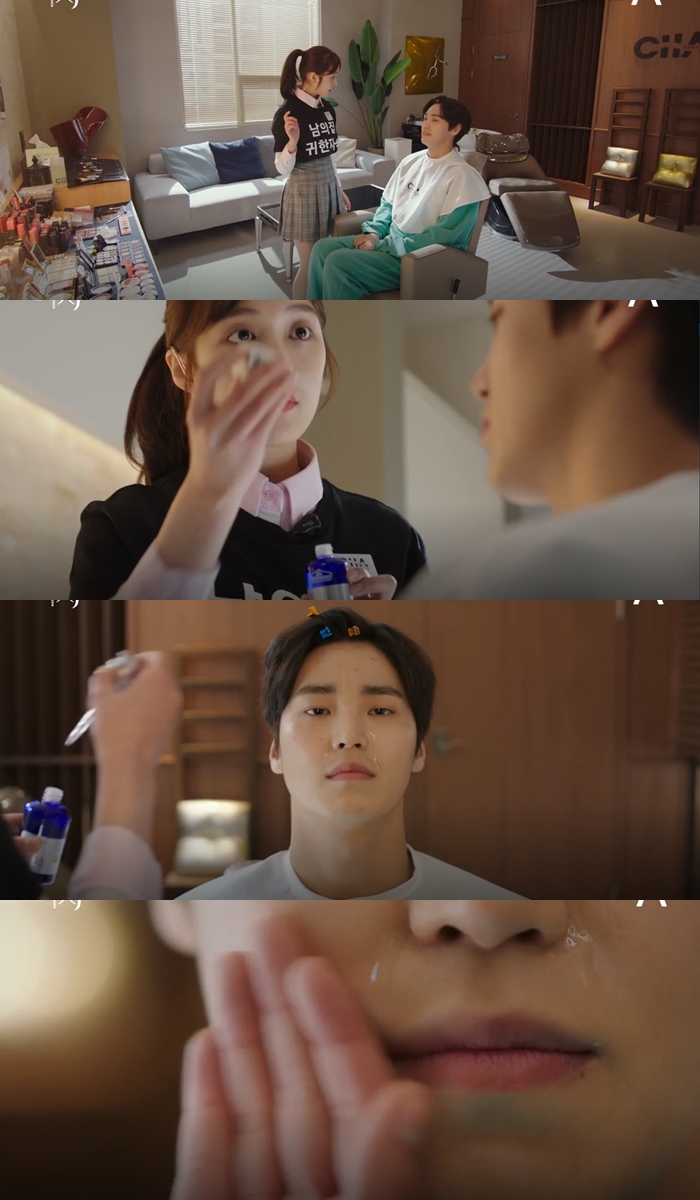 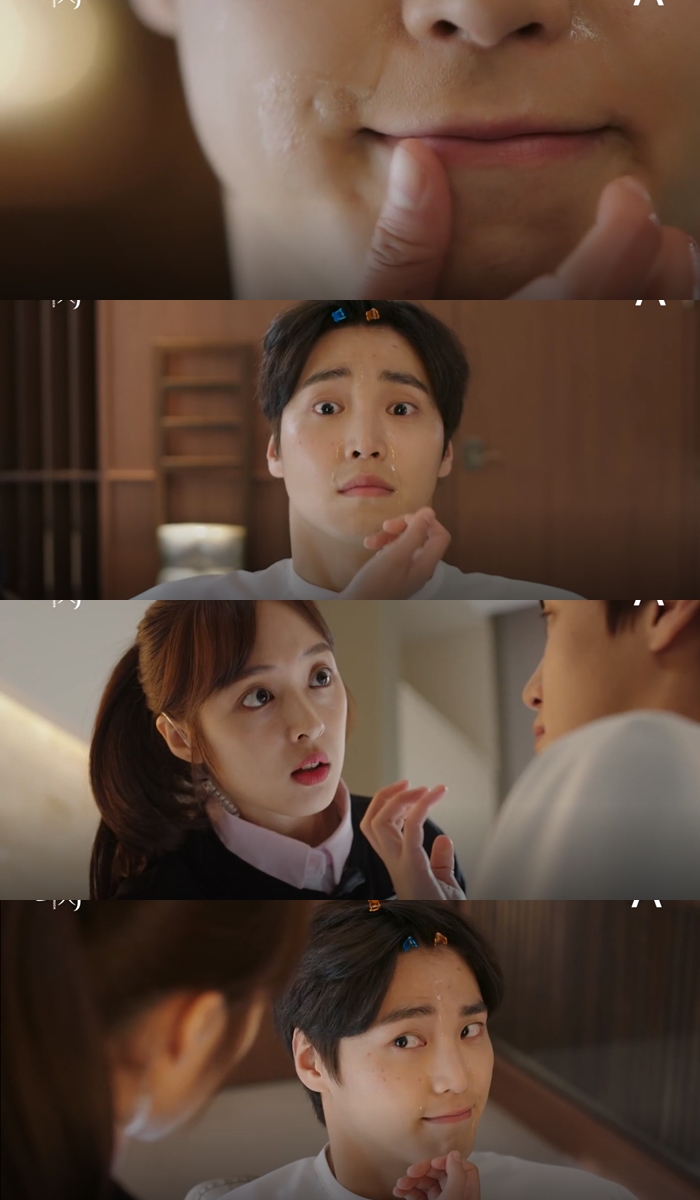 3- “Selection: The War Between Women“

Jin SeYeon and Kim MinKyu are facing obstacles and secrets in “Selection: The War Between Women“. She wants to become the queen to find who killed her twin-sister while he thinks she is the same person as the late to-become-queen lady for who he had romantic feelings.

In the selected scene, Kim MinKyu was apologizing to her with his crazy-in-love eyes after she revealed her (fake) identity. He had consistently shown affection to her while she had been rejecting him and this scene proved his burning love for her.

He took her hands and made her stand. He told her while crying: "I will believe everything you say. I am just happy that you came back to life. ... Even if you are lying about something, it does not matter anymore. I am sorry for leaving you alone like this." He hugged her on a sad OST. 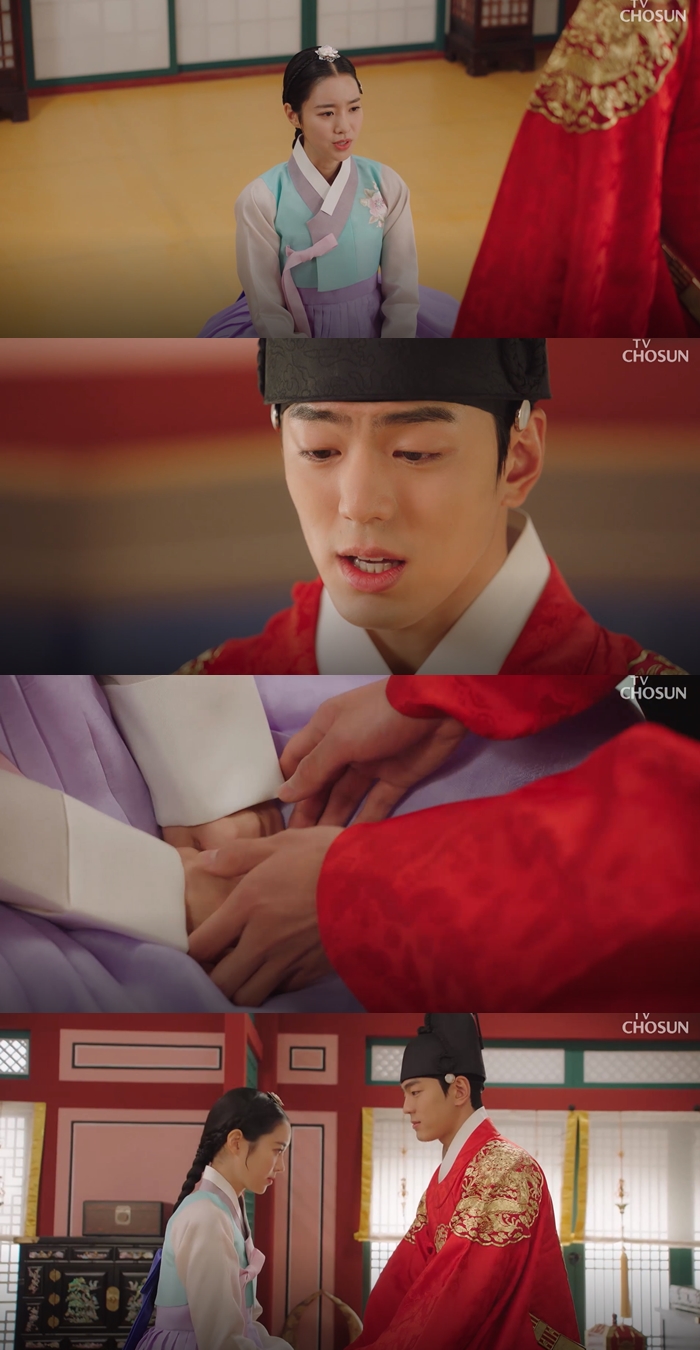 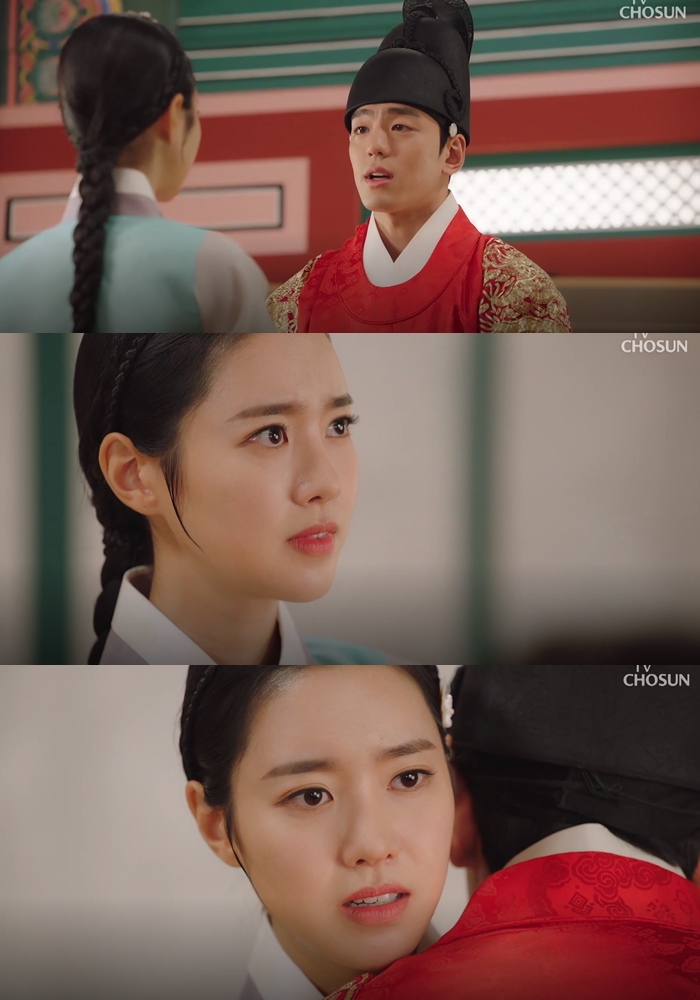 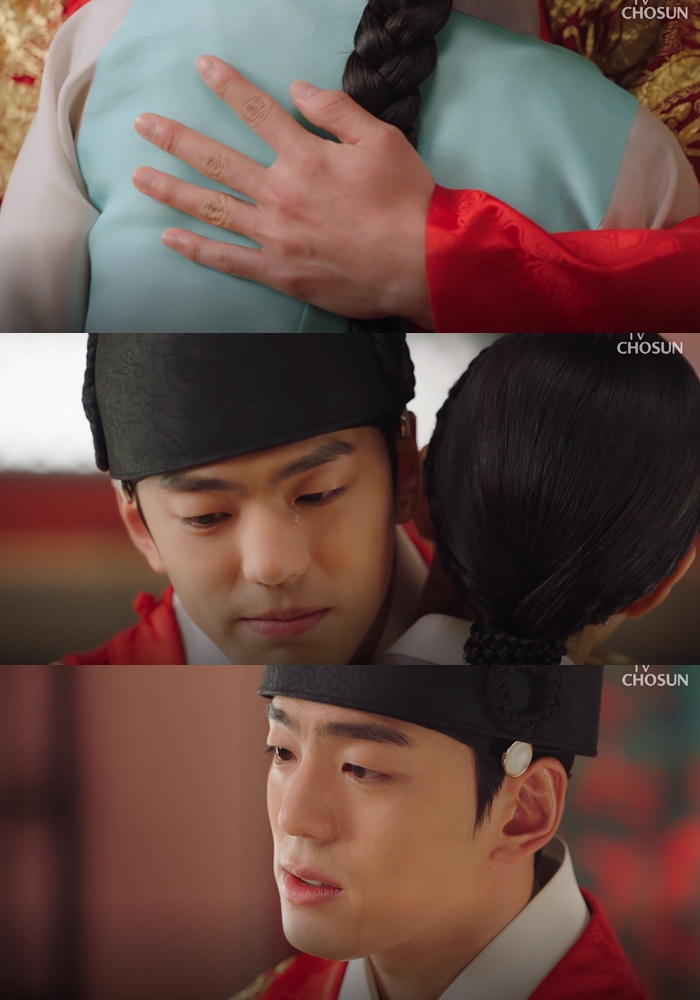 In "Crash Landing on You", Hyun Bin and Son YeJin are so in love with each other that they cannot hide their feelings any more.

In the selected scene, they were at the hospital. Hyun Bin got injured while saving her. When he woke up from his surgery, he got upset that she did not leave North Korea as planned and he said harsh words to her.

However, he regretted it a while later while hearing the nurse saying how she had been carrying and crying for him. Looking out for a way to apologize. He went outside to meet her and they had a romantic make up kiss.

Thank you for following the “Make You Fall in Love” series every week. We will have a short break and start again on Feb. 7 with more exciting scenes. Stay tuned and see you then!