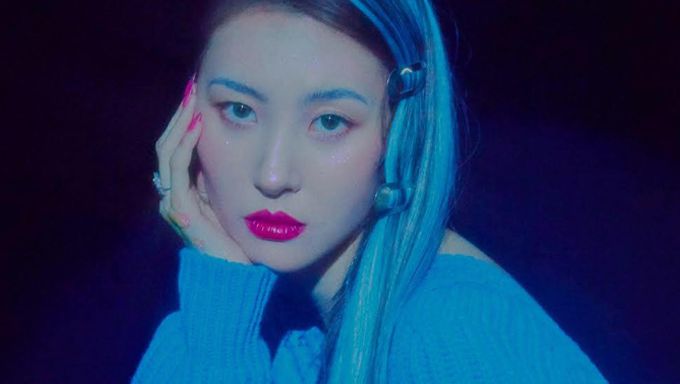 Are you ready for SunMi's 1st ever world tour? Well, you better be as the popular solo artist will be kick starting the very first show in Seoul on Feb. 24!

The multi-talented singer and dancer, SunMi, will be visiting 8 cities across the United States and Canada with a highly-anticipated mini-concert to meet her North American fans. After which, she will also be heading to other parts of Asia such as Hong Kong, Taipei and Tokyo.

SunMi was originally a member of the top K-Pop girl group, Wonder Girls, and debuted solo with "Full Moon". Since then, she has released hit tracks such as '24 Hours', 'Gashina' and many more. She has charted No. 3 on Billboard "World Digital Chart" and won awards ranging from "Best Dance Performance (Solo)" to "Best Female Artist". This proves her undeniable presence as one of the top female solo artist in today's K-Pop industry.

What are you waiting for? Don't miss out the chance to see her perform live in front of you! 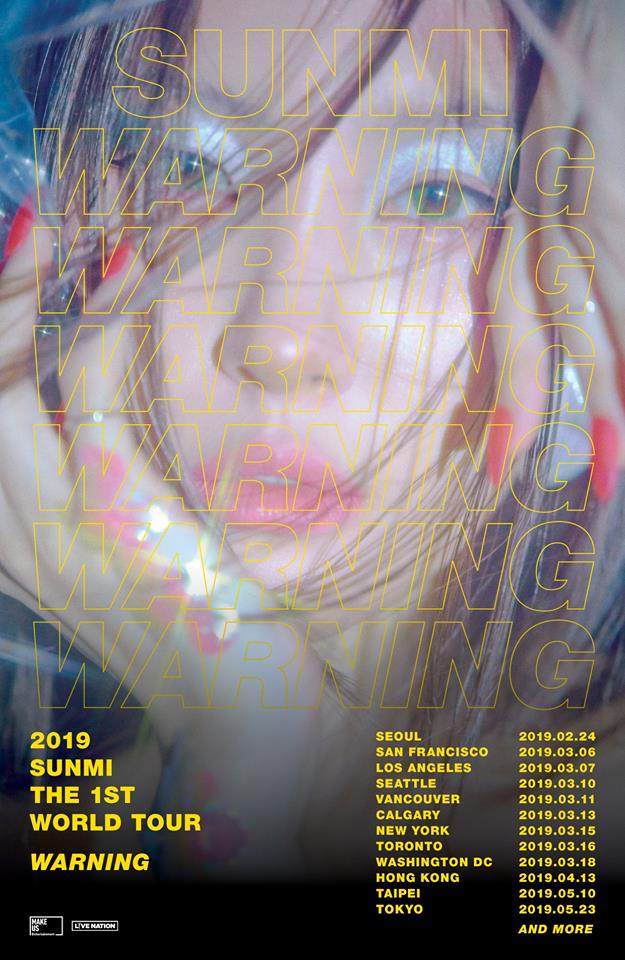 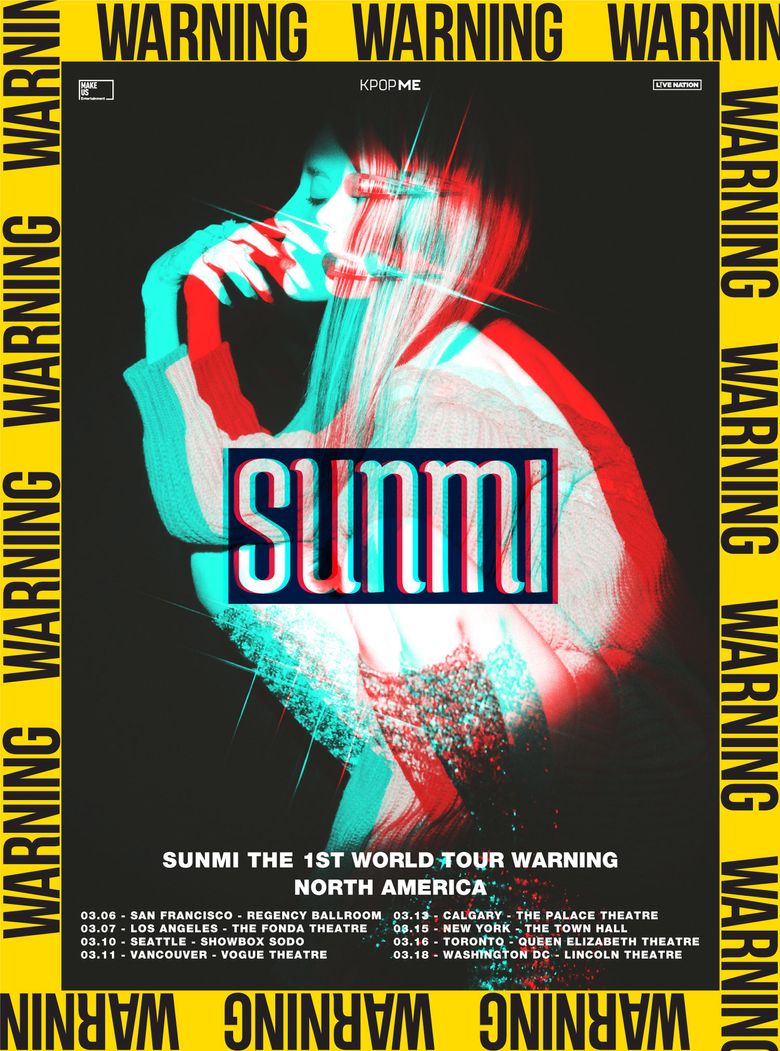 Read More : A.C.E WORLD TOUR [TO BE AN ACE]: Cities And Ticket Details

what's the average price for the tickets?

Are there rules like
you have to be 14 to go without an adult?

Hello!
According to the FAQ by the organizer, all ages are allowed for the show.

no Europe? What about Germany or Denmark?

Wow... When Europe is not part of the world 🙁
Stop playing games with my heart

Does anyone have extra tickets for Calgary???

she probably will. it said that more dates and location are going to be released.

finally a korean singer in calgary

yesssss, omg but I missed the tickets for regular tickets! do u know anyone with extra tickets?

When are the tickets for the US dates going to be released?

YAS I SEE YOU GURL