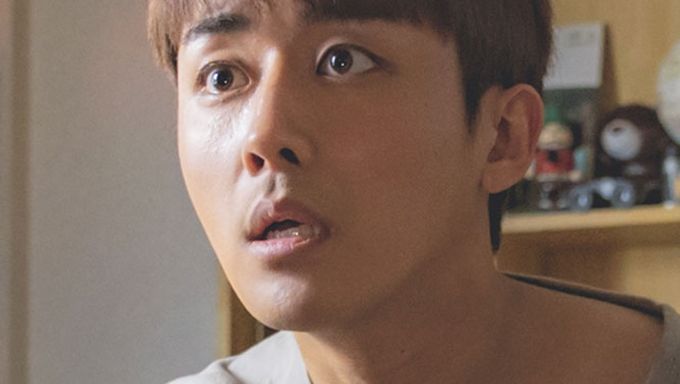 “Dazzling” also called “The Light in Your Eyes” is one of the most expected dramas of the first half of 2019 among international fans. It finally started this week.

The drama tells the story of a woman that lost her time (Han JiMin and Kim HyeJa) without having the chance to live it and a man (Nam JooHyuk) that throws away his brilliant time and lives a lethargic life. For more information, posters, and teaser you can check our cast and summary here.

Kim HyeJa acted by Kim HyeJa and Han JiMin has an older brother named Kim YoungSoo acted by Son HoJun. His character is already very popular among viewers because of his wit and humorous attitude. He is jobless and home all day. The mother of the house is quite strict and because of this many funny situations happened.

Be aware that this article has spoilers from episode 1 and 2.

Here are 4 reasons why viewers laugh hard in first episodes because of Son HoJun.

Have you ever heard people talking about the 'real' brother and sister relationship? It is when siblings are teasing and being mean to each other in everyday life.

Son HoJun is exactly that brother type to HanJiMin/Kim HyeJa. He orders her around for nothing and is straightforward in his words. Among his different lines, this one was memorable, "If you have some time, do something about your face. Be considerate of those who live with you".

Their relationship is very much relatable to many viewers who have siblings.

Son HoJun talks about eating pork belly since the beginning of the drama but his mother refuses to buy. He has no money because he does not work but his desire to have this pork belly was too strong that he came up with an idea.

He went to donate his blood and received the free movie tickets. He exchanged these tickets at the butchery for the raw pork belly while being weak and pale from the donation.

He crawled back home and quickly entered his room. As his mother should not detect the smell of the meat he tapped all the windows and the door of his room. He was then ready to eat is forever-waited food. But it turned out very differently.

As the room was taped, no oxygen entered and he fainted because of suffocation.

The ambulance came to bring him to the hospital. At a brief regain of consciousness, he said to the paramedic "Flip the pork so it doesn't get burned" with tears.

With his life and mind, he is far from being considered a 'boyfriend material'. The friend of Han JiMin loved him in middle school but is now regretting to have ever liked this 'loser'.

However, Son HoJun is living in a huge disillusion about himself. As he saw her, he thought she came to visit him and he said, "The fact that I was your first ever boyfriend is a blessing for you in and of itself." At this, the girl could only want to beat him up.

This event is one of the highlights of his life of loser. As mentioned earlier, the mother does not give him money to buy food and is having an eye on him. To avoid his mother from hearing him eating dried ramen, he drops them in water.

What is your favorite scene of him?

Became a fan of Son HoJun

This is so sad and funny at the same time.