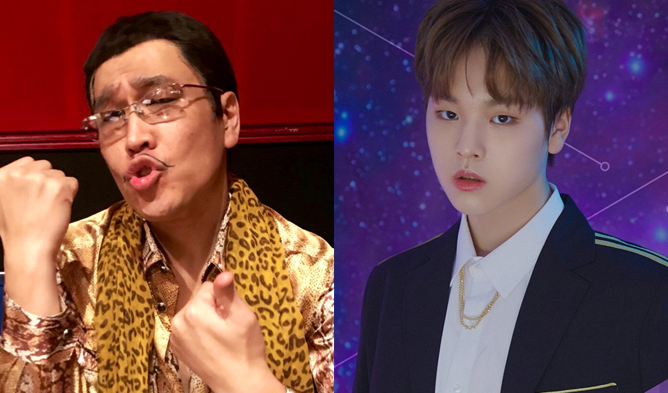 Most viewers of Mnet “Produce X 101” would remember MBK’s Nam DoHyun as the ‘giant baby’ due to his young looks yet outstanding physical appearance.

Prior to the start of the season, Nam DoHyun was seen impressing many with his beatboxing skills, particularly the one when he actually beatboxed to the famous Japanese pop song ‘PPAP’ by singer Pikotaro.

If you have yet to see the video, you can do so through a video uploaded by a fan online below.

It looks like his popularity is soaring so high that the original singer, Pikotaro had actually recognized Nam DoHyun beatboxing to ‘PPAP’ on his official Twitter account.

He retweeted a video and even mentioned that it was cool!

It seems like Pikotaro was also impressed by Nam DoHyun’s amazing skills!

Since then, many of Nam DoHyun fans began to leave messages below, asking others to vote for Nam DoHyun for the final live episode taking place on July 19.

Do you also like the video of Nam DoHyun beatboxing to ‘PPAP’?

i love dohyon but hate pikotaro