Here is a drama that will interest a lot of K-Drama lovers in 2020.

It is the return of Kim SooHyun after his military service (and after his small cameo in "Hotel del Luna"). It will be his first drama in 5 years as his last drama was “The Producers” back in 2015. Many are looking forward to this drama.

The healing romance drama “It’s Okay to Not Be Okay” is directed by director Park ShinWoo was worked for “Jealousy Incarnate” and “Encounter“. The writer Jo Young worked on “Jugglers”. 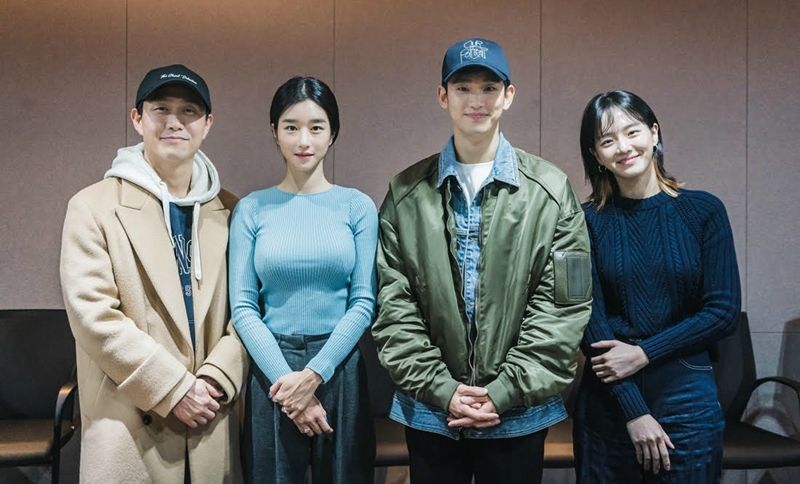 It is the romantic fantasy comedy of a caregiver of a psychiatric ward who refuses to love because of his heavy life's responsibility and of a fairy tale writer who doesn't know about love because of the way she was born. The two will meet and embrace and heal each other's wounds. 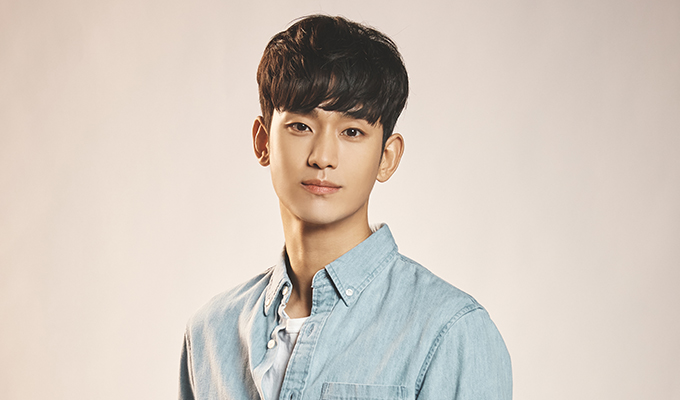 30-year-old, a caregiver of a psychiatric ward.

He lost his parents when he was young and took care of his older brother who has autism spectrum disorder by himself. He has no big dreams and no hope that his life will get better. He is busy earning money for the two of them. 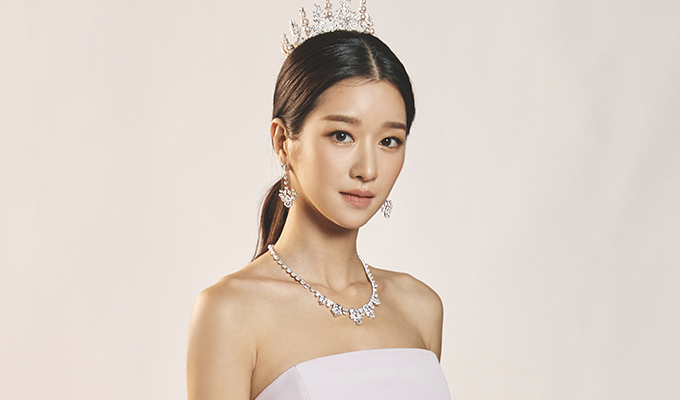 She grew up with everything she needs with her mother being a popular criminal mystery writer and her father Korean Literature professor at a famous university. 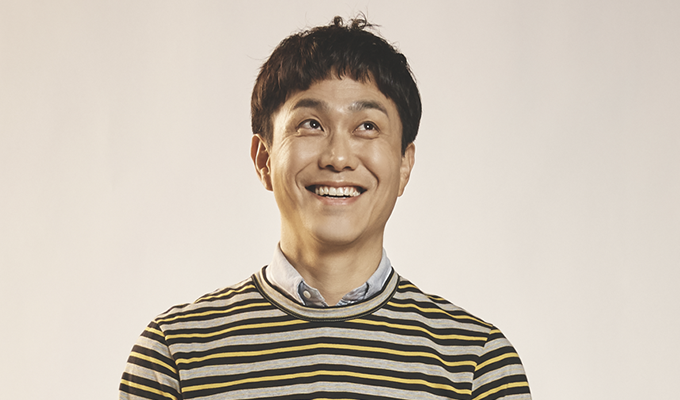 He is Moon KangTae's older brother. 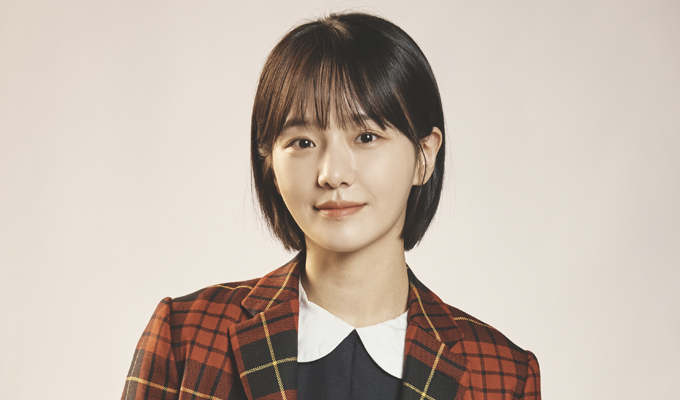 30-year-old, a nurse of a psychiatric ward.

She has been working as a nurse for 7 years. She is from the same hometown as KangTae and has grown closer to him while working together. She has a crush on him but could not let him know. 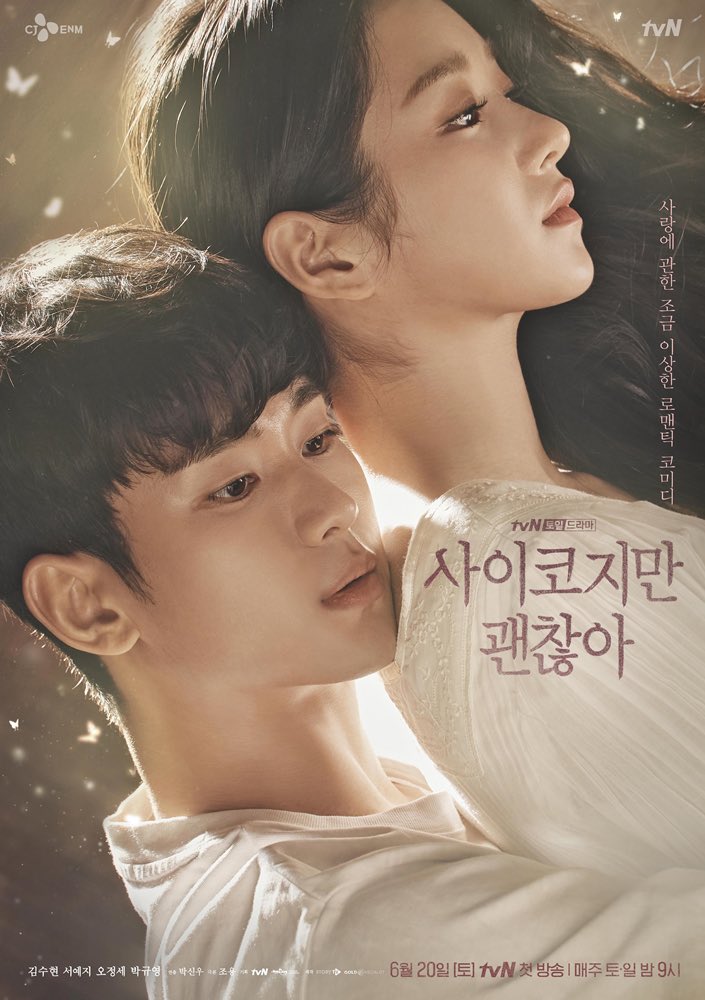 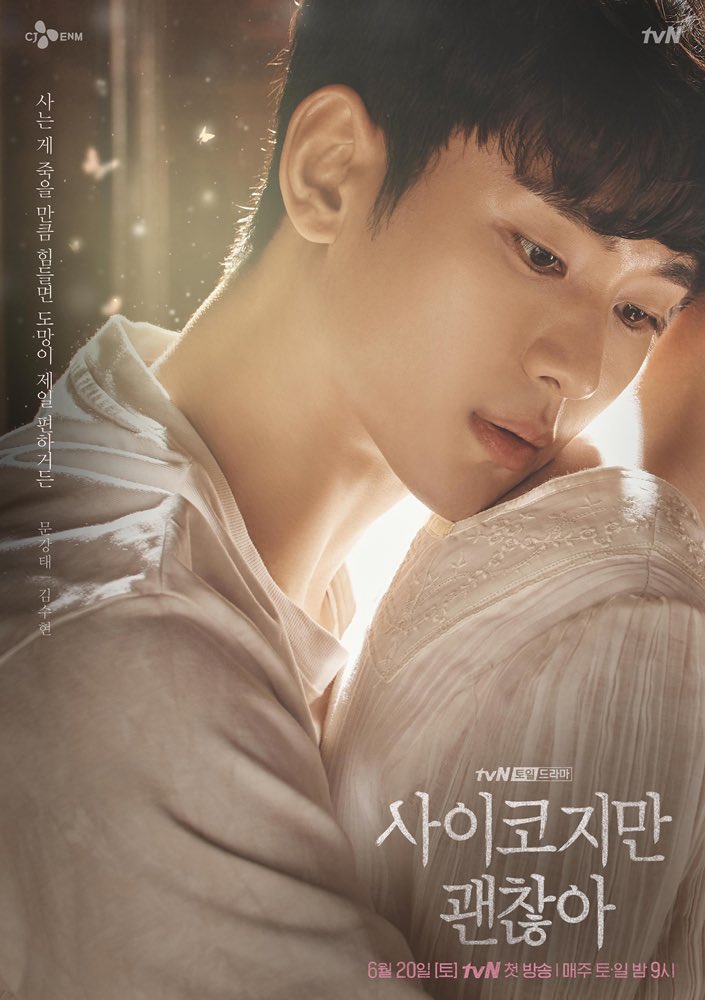 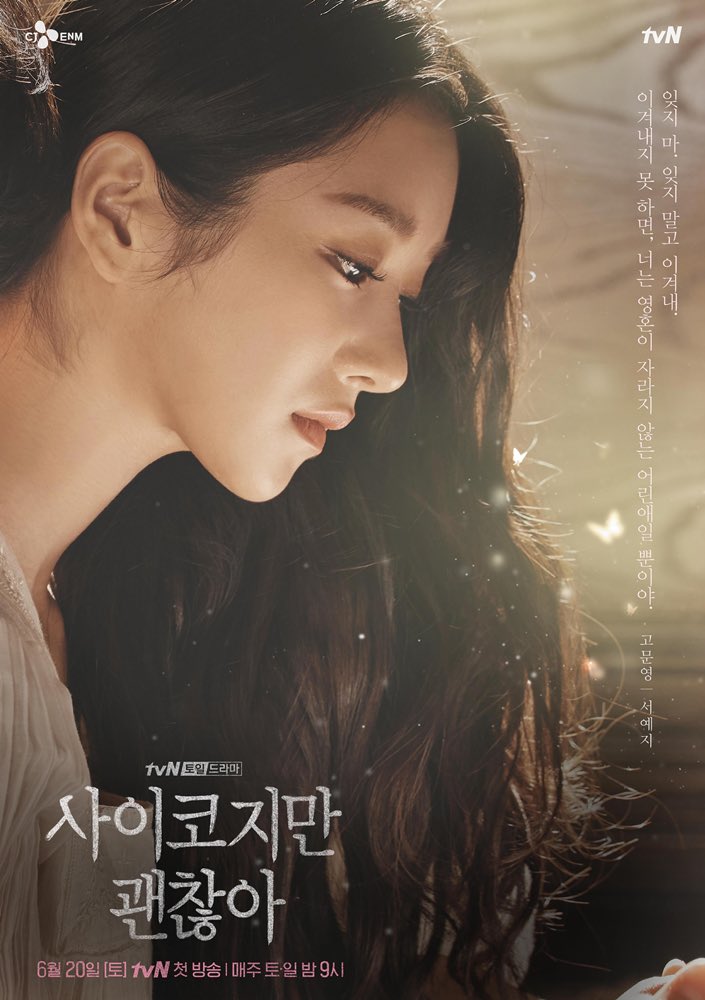 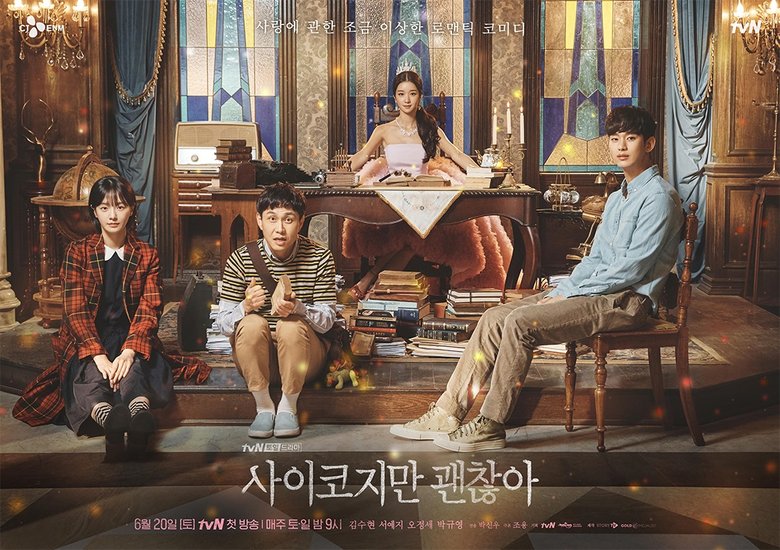 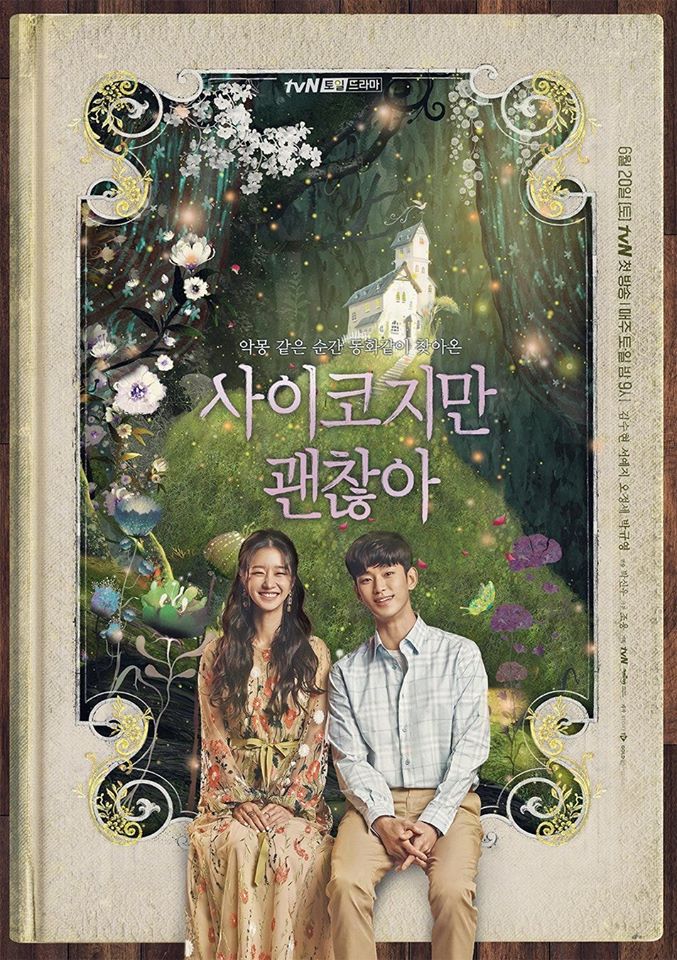 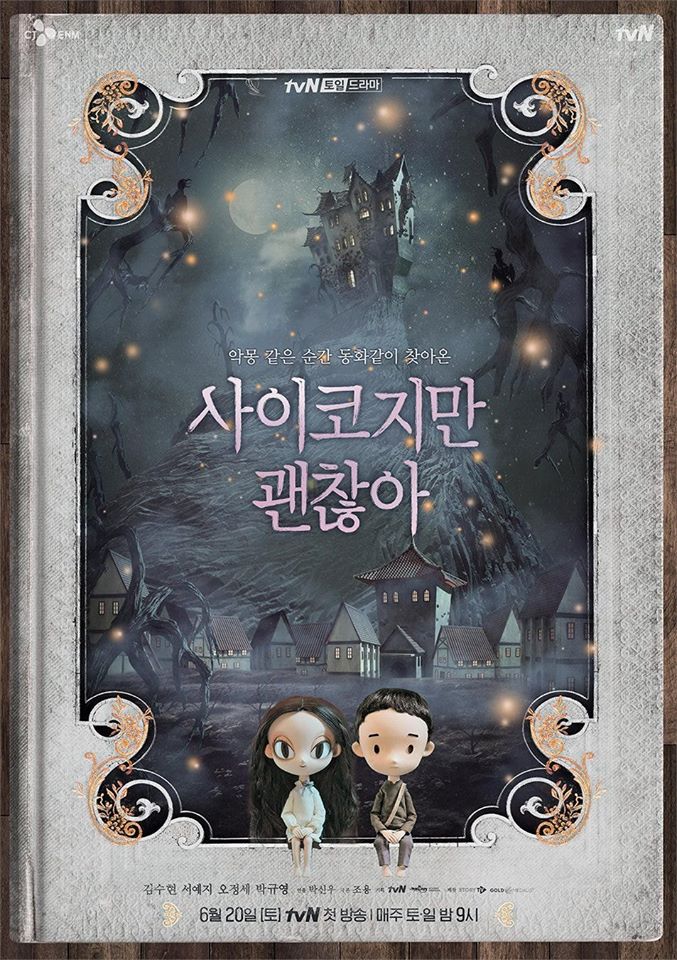 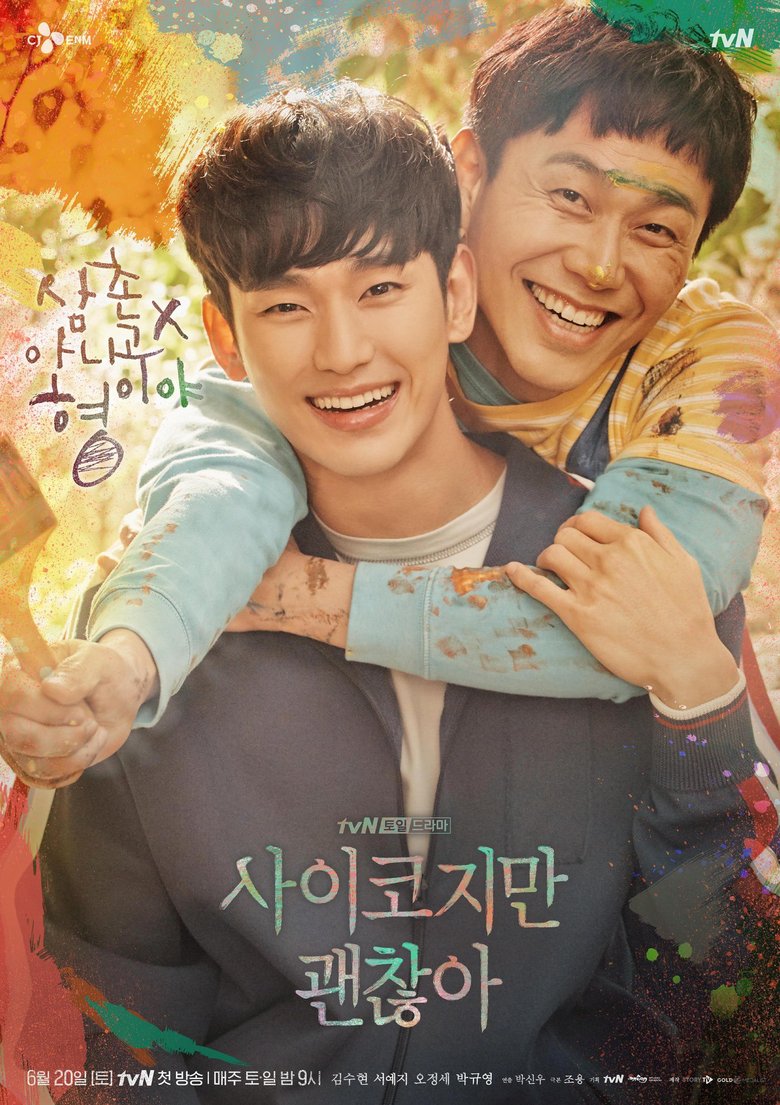 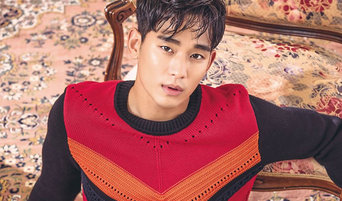 Became a fan of Seo YeJi

It's amazing wow moment to see Kim soo Hyun on screen such a dinamic actor , we started watching korean drama bcz of him only unknowingly korean language we see in dubbed our Indian national language .we live u , respect ur acting from beneath of heart may god pour u by lots success love u

I just started this k-drama. It is everything I had thought it would be. One fantastic production. Actors are superb.

This is one of the best drama, it shows the reality, hardship of our everyday life.... And the couple is totally awesome.... They look really good... And sang tae's character was also good.... Really liked the story!

Watching and loving ❤ it from San Antonio, TX. I cant believe I cried with the scene by the beach.

Oh JungSe is outstanding in his role. Lets hope he gets recogination for this. Really enjoyed this series and all the characters

this is such a good series,the plot, story line , cast ,All outstanding! i recommend watching

It is worth to watch this kind of beautiful storyline drama. All characters actors it’s amazing, specially the three main lead, the Moon Brothers and Go Moon Yeong are excellent actors they nail it their role. Kim Soo Hyun and Seo Ye Ji their chemistry is powerful, unbelievable, very strong and undeniable. Thank you tvN 👍👏❤️

Which city/town serves as location for this drama ?

There are several cities used for filming location but the main ones are in Toseong-myeon (a small city near by Sockcho) and in Wonju. You can check our previous articles below.

Oh JungSe as Moon SangTae, I should congratulate you for such acting & performance, that is awesome.

I like this drama....i hope the ratings is going to be higher...

I want to watch korean drama in hindi dubbed please

I love this Drama so much.every saturday and sunday I'm wating for it??

I love chemistry between them and its make u watch more due to there chemistry.... And makes u to curiosity that wat happen next....

Anyone who can enjoy this drama will be a mature and intelligent person...

It is one of my best korean dramas!!!

who is the cameo?

Hello, are you referring to the episode 3? Actor Kwak DongYeon made a cameo.

Hi! Would you know the title of the song in the scene where Kwak Dong Yeon spoke to the public about his father? Thank you so much!

Hello, this OST is yet to be released. It is ''나도 모르는 노래 (할렐루야)' from Kim Feel. The title could be translated as 'The song that I also don't know (Hallelujah)'.
Hope this helps.

This production is going to be sued by Name Production for a copyrighted script based on my life. I have multiple connections to CJ Entertainment/Studio Dragon and signed an NDA with a company associated with the production so they’ve had access to my script, “A New York Crying Scene”.

why not PARK SHIN HYE ?

Because seo yeji is perfect for the role

PSH is a great actress indeed. She can act romantic, emotional and comedy role very well. But unfortunately this drama needs someone at a different level, someone who can be crazy like hell, a mature look. Seo YeJi has got it all.

I'm excited for this, hope this will be my another weekdays booster..

Can you say when it's released??

Hello, thank you for your comment. The date of the broadcast is not released yet. We will update, stay tuned.