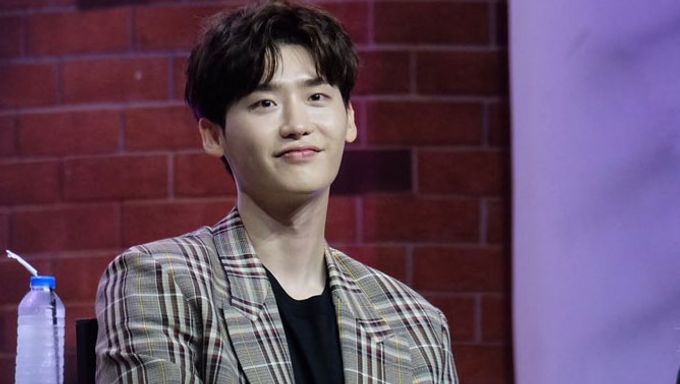 Actor Lee JongSuk is a top Hallyu actor. He is well-known for his model-like beautiful features and good acting.

The actor's beautiful physique and talents are not his only qualities, Lee JongSuk is also very loyal and kind. Throughout the years, he showed at several times that he is sweet to his (previous) colleagues, acquaintances, and friends, proving that his heart is also beautiful.

Here is a collection of some of his actions showing his loyalty, generosity, and kindness.

1- Apparition in the drama "Gogh, The Starry Night"

Lee JongSuk made a special apparition in the drama "Gogh, The Starry Night" (2016) because the PD of this drama -Jo SooWon- directed the dramas "I Can Hear Your Voice" (2013) and Pinocchio" (2014) where Lee JongSuk acted.

2- Attendance at the birthday of the daughter of Yoon SangHyun

The actor went to the birthday of the daughter of actor Yoon SangHyun with Lee BoYoung in 2016. He worked with both actors on the drama "I Can Hear Your Voice" (2013) and for Yoon SangHyun, they also met on "Secret Garden" (2010).

Lee JongSuk sent a coffee truck and visited the set of "The Legend of the Blue Sea" (2016) to meet PD JinHyuk with who he worked on "Doctor Stanger" (2014).

Yoon KyunSang received other coffee trucks from Lee JongSuk on the set of his drama "Oh the Mysterious" (right) and also recently for the drama "Clean With Passion From Now" (left).

In 2017, Lee JongSuk also appeared in the TV show where Yoon KyunSang was a cast member: "Three Meals a Day". The two actors have a sweet friendship.

6- Holidays in Hawaii with Kim WooBin in August 2018

The friendship between Lee JongSuk and Kim WooBin is one of the most famous in Korean entertainment. They know each other since modeling days and have a strong friendship. They recently went on holidays together in Hawaii. (The picture below is from 2016).

Actress Go SungHee received a coffee truck from Lee JongSuk on October 9th on the set of "Ms. Ma, Nemesis". They previously acted together in the drama "While You Were Sleeping" (2017).

Some people say that Lee JongSuk starring in "Hymn Of Death" (2018) is also linked to his loyalty for the PD (Park SooJin) who also directed in "While You Were Sleeping" (2017) (where the actor was the main character).

Do you find the actor's loyalty sweet?

Yes, he is so sweet - ah i smile even when i see his picture. He is definitely very loyal too. Look forward to watch his new drama ?