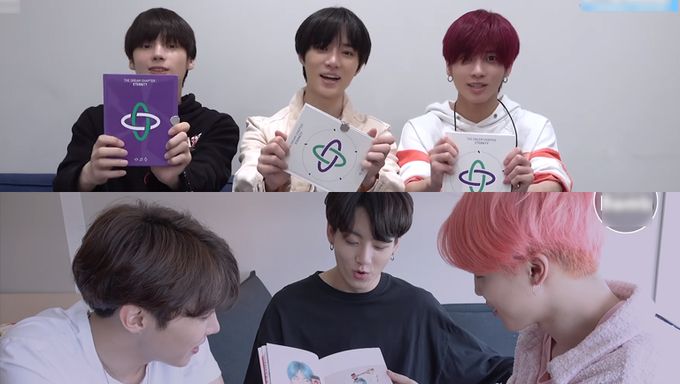 By now you might already notice that under Big Hit Entertainment, there are two K-Pop idol groups. They are none other than BTSand TXT.

Not long ago, TXT had returned with their 2nd mini album and title track 'Can't You See Me?'. The video of them unboxing their albums were also uploaded onto their official YouTube channel. You can take a look below.

Seeing how they were unboxing the albums in a very neat and organized manner, fans suddenly recalled the time when BTS was unboxing their album for "MAP OF THE SOUL: PERSONA".

If you had watched the video before, you would notice how the way they had unboxed the albums were rather 'different' from how usual K-Pop fans would.

In the end, fans began to compare the difference in the way the two groups unboxed the albums.

TXT had made use of a penknife to cut open the tape on the box. 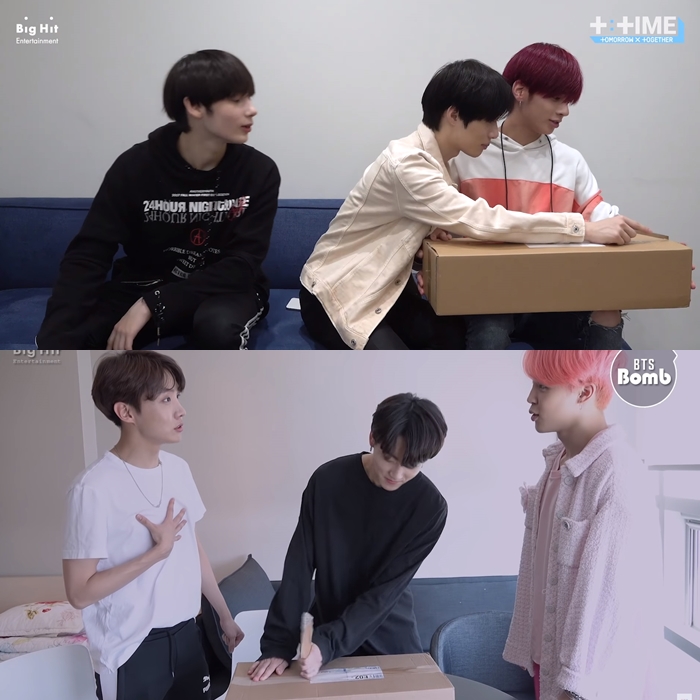 However, for BTS, member JungKook just removed the tape with his bare hands.

In another moment, TXT was showing off the photocard of member YeonJun when they had opened the album. 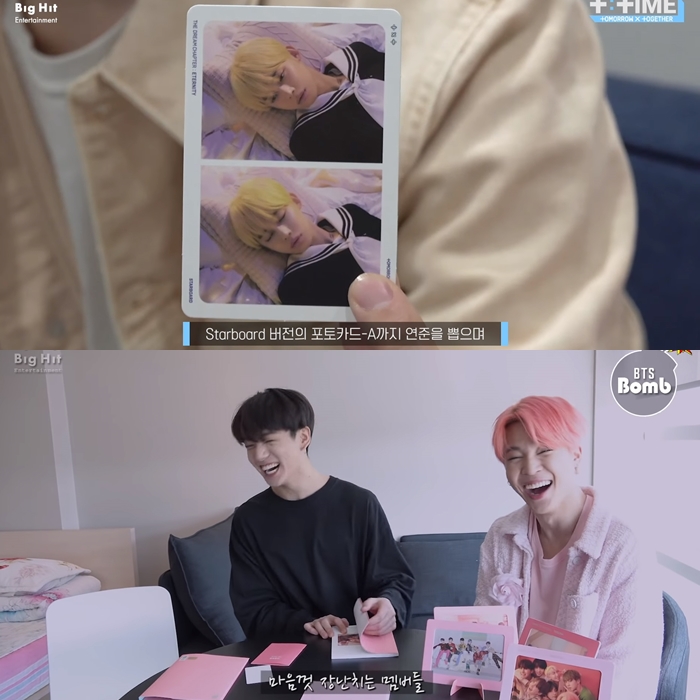 On the other hand, BTS had jokingly threw the mini card of member V when they had opened the album.

Looking at the vast difference of how they had unboxed their albums, fans could not help but talked about how hilarious the two groups are even though they are from the same company.

Did you find those moments hilarious too?

Read More : Netizens Had No Idea That TXT's YeonJun Was Wearing A Crop Jacket Thanks To His Body Ratio