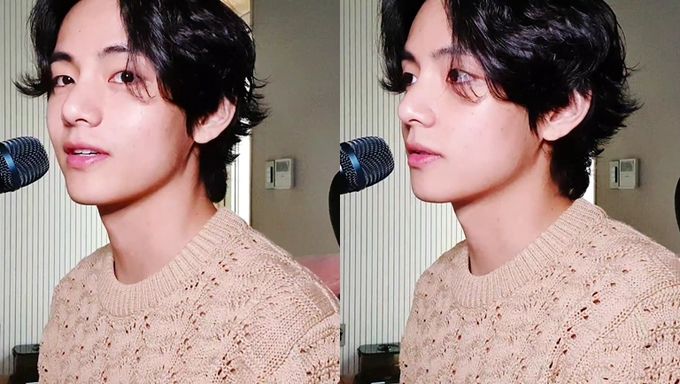 Aside from his singing, dancing as well as song-writing skills, BTS's V is known for his visuals and back in 2018, he was known as the "2018 Most Handsome Men".

There are also many occasions when V was being praised by global media outlets and it seems like fans could not get enough of him.

On Apr. 23, V held a V-Live session and if you did not manage to catch it, you can catch the two parts rerun below!

Throughout the session, many were amazed and stunned by how good looking he is. As he was facing the side, those who had watched the V-live also could not helped but mentioned that his side profile was perfect.

Some also pointed out that they love it when he looked directly into the camera and also when he turned his head while playing the piano.

Are you also impressed by his visuals?

haha im the first comment so pretty,a handsome. cute, and no word to explaine how good he looks