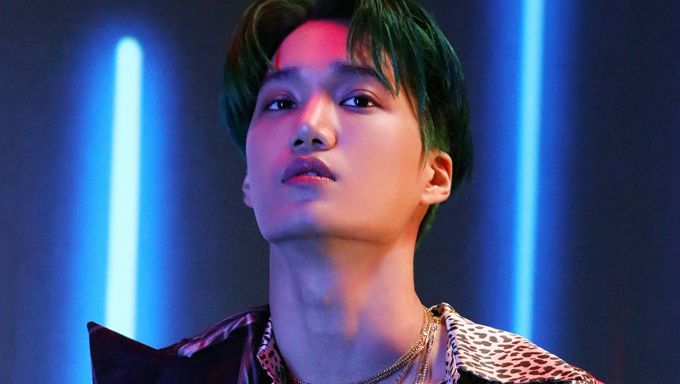 On the most recent episode of MBC "Radio Star", EXOhad appeared as special guests.

During that time, the MCs caught up with the popular idol group and they also shared the things which they have been up to. One of which that caused many EXO-L and viewers to feel heartbroken was when member Chen revealed that Kai does not have part of his body that is left intact. 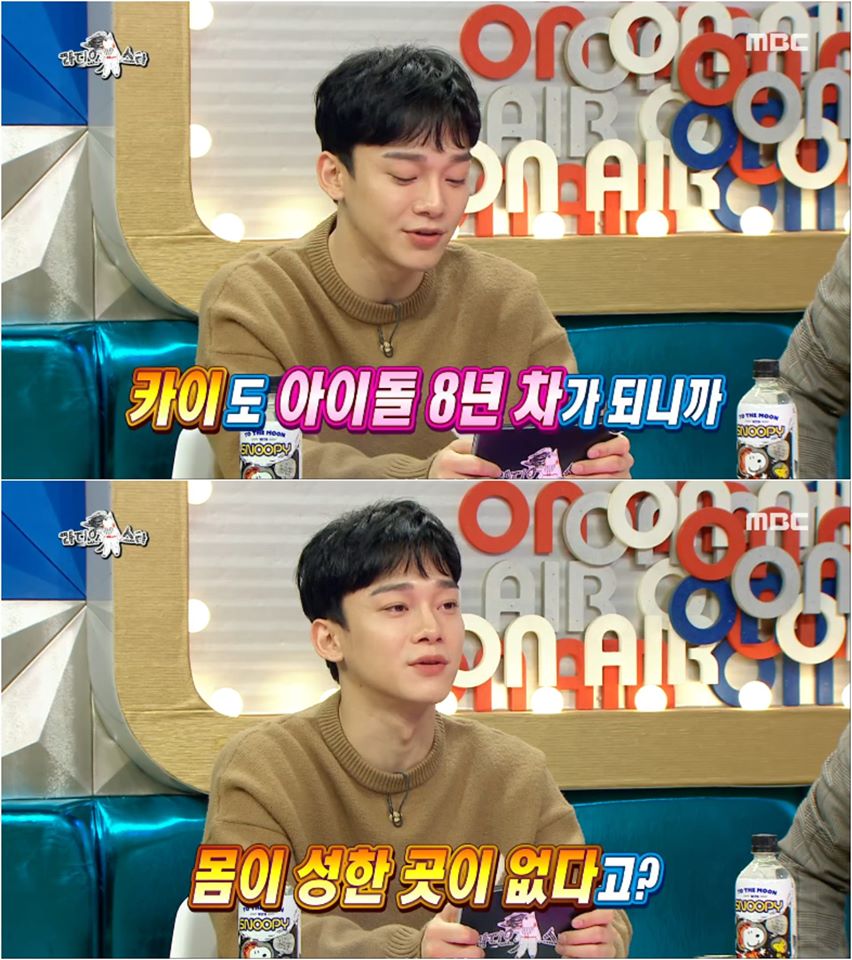 Kai revealed that he has been dancing since he was 8 and throughout the time, he had injured different parts of his body. 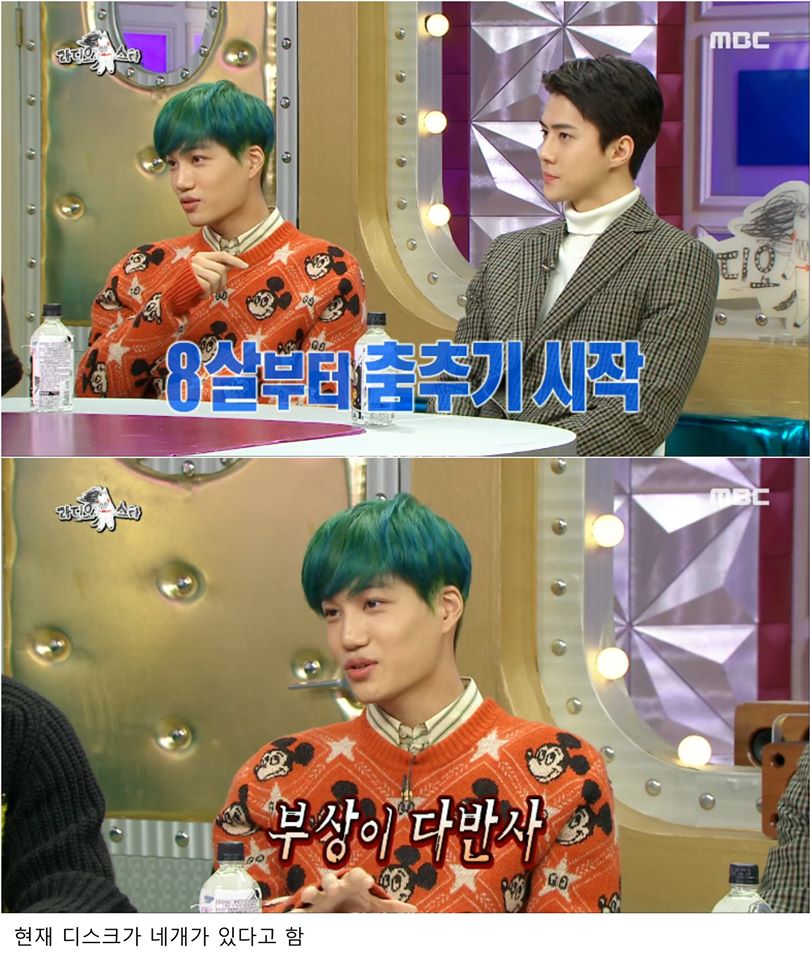 Currently, he is suffering from 4 different disc problems. 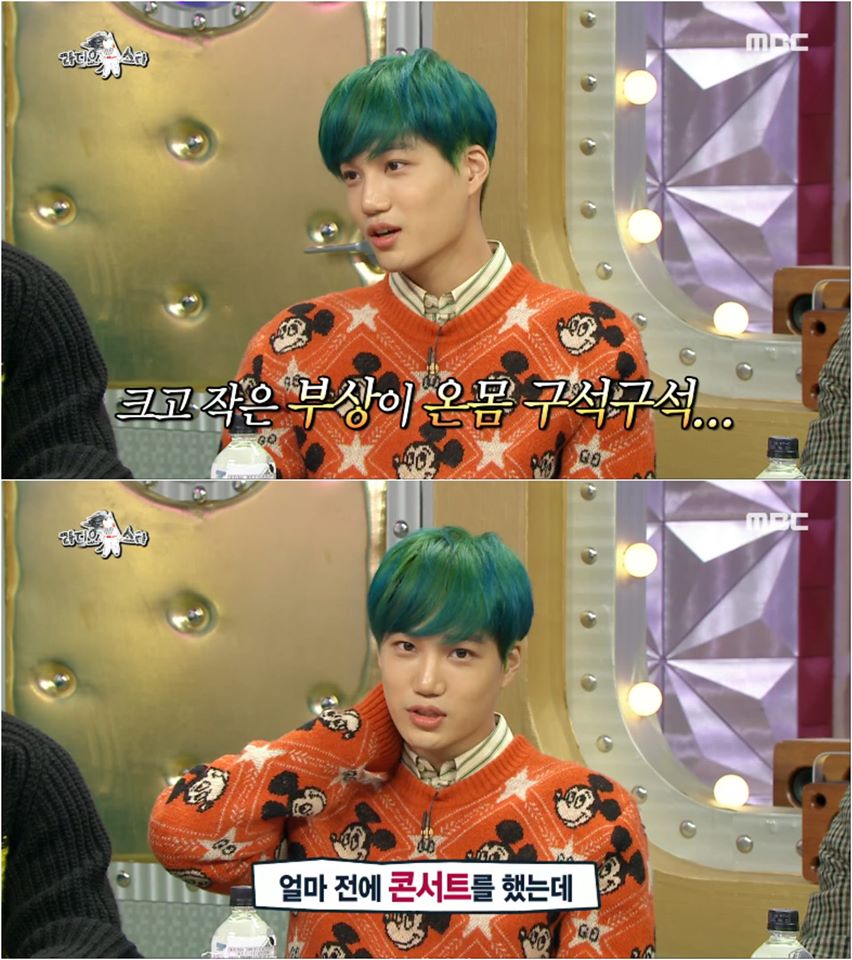 2 days before their recent concert, Kai suddenly had a neck disc problem but despite that being said, he still managed to perform on stage with all his passion and energy. 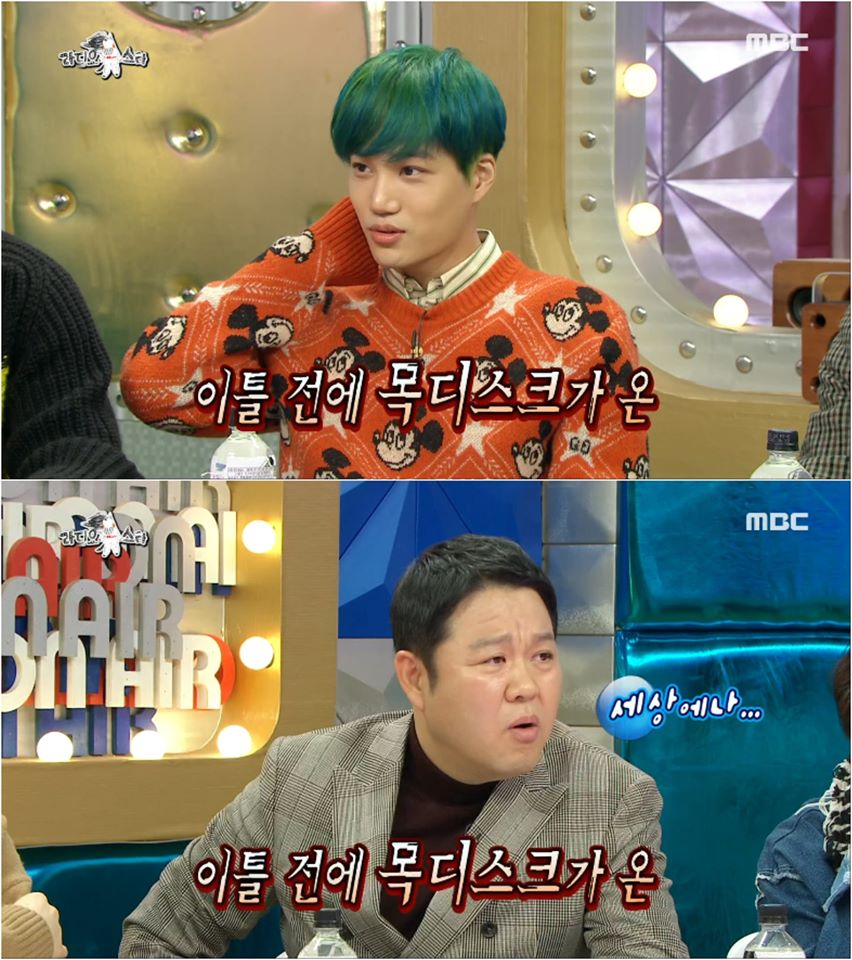 To counter the pain, he shared that he had also received pain killers. 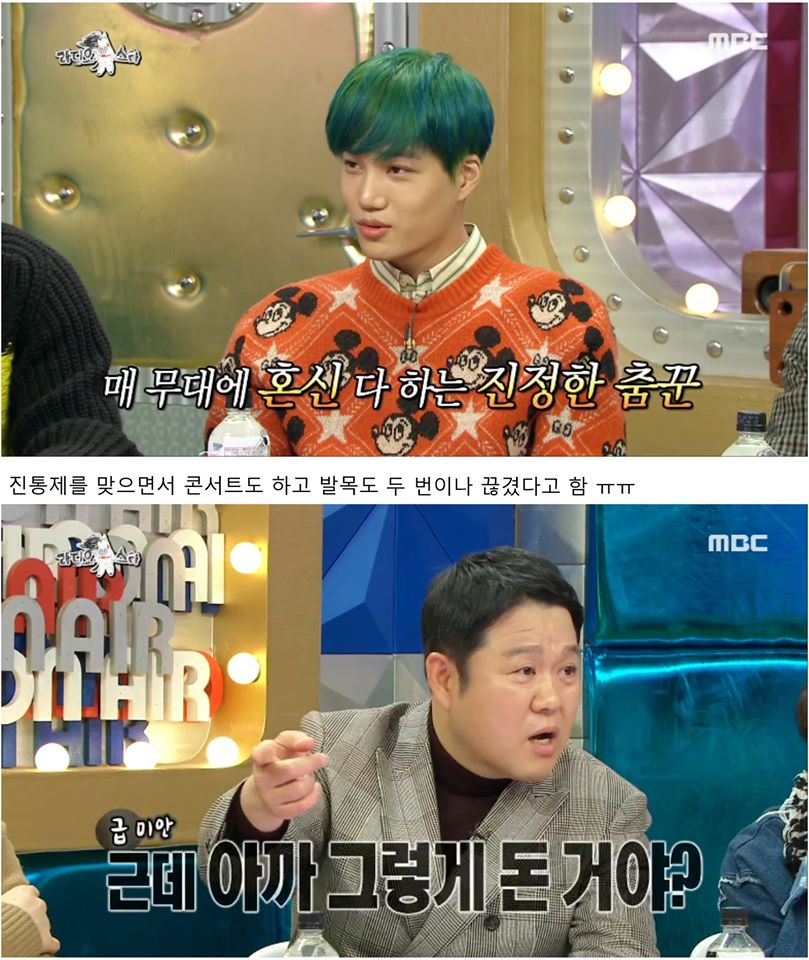 EXO-L and viewers who had seen the episode could not help but reminded themselves of the time when they saw Kai perform with all their might. Kai is known as the main dancer of EXO and it is hard to deny how Kai always puts in his utmost effort especially on stage.

EXO recently returned with their title track 'OBSESSION' and is promoting on music shows.

We hope that Kai will not be too hard on himself and take sufficient rest when needed.

Read More : EXO-L Shares How She Almost Receives Full Score On SAT Thanks To EXO's ChanYeol

So sad and painful of him . Get well soon

That must be so painful! I feel so sorry he has been hurt so much. I hope he can avoid further injuries. ??????

Hope and pray kaii stays healthy he is very passionate and hardworking ❤?