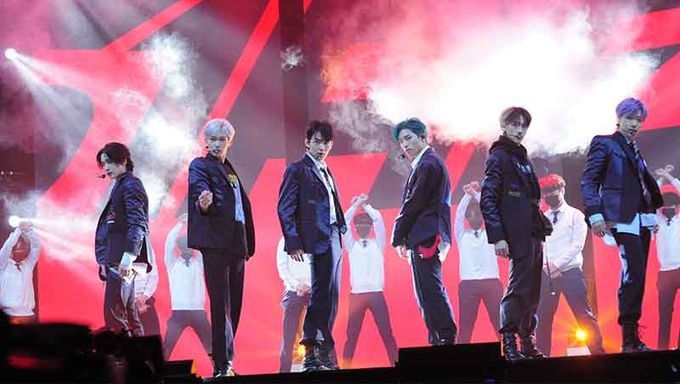 The new K-pop boy band with global ambitions P1HARMONY proved their growing musicality with a cover of "Then, Now and Forever" by CNBLUE, their senior group under FNC Entertainment. Members KEEHO, THEO, JIUNG and INTAK delivered a moving cover of the latest title track from Korea's legendary rock group CNBLUE that has fans noticing their impressive vocal and rap skills

It's latest move in showcasing the quickly rising act who has been described as a "new breed of boy band" (South China Morning Post) and having "a bright future" (Seoulbeats). Or as Kpopstarz described it, "P1Harmony is the newest, and probably baddest, boy group in town who are making a statement in their debut as K-pop idols"

P1Harmony – or P1H for short made up of members KEEHO, THEO, JIUNG, INTAK, SOUL and JONGSEOB – unveiled their debut EP 'Disharmony : Stand Out,' described by critics as "collection of powerful hip hop sounds and echoes of old-school K-pop, it also features lyrics written or co-written by the members in all tracks."

Stay tuned for more from P1Harmony

The blackpink I love you ❤️