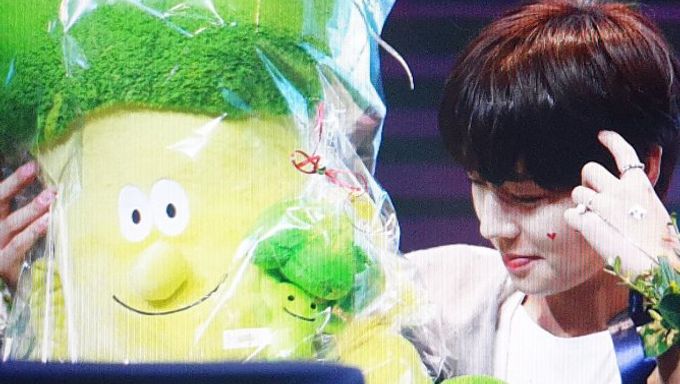 Most of the time, people dislike eating a certain fruit, vegetable or even type of meat! In the case of Park JiHoon, he dislikes eating broccoli.

However, even with that being said, it looks like fans who had attended his most recent fansign had been giving him broccoli soft toys as presents!

It began with small plushies such as a broccoli hair band which he could put on his head. 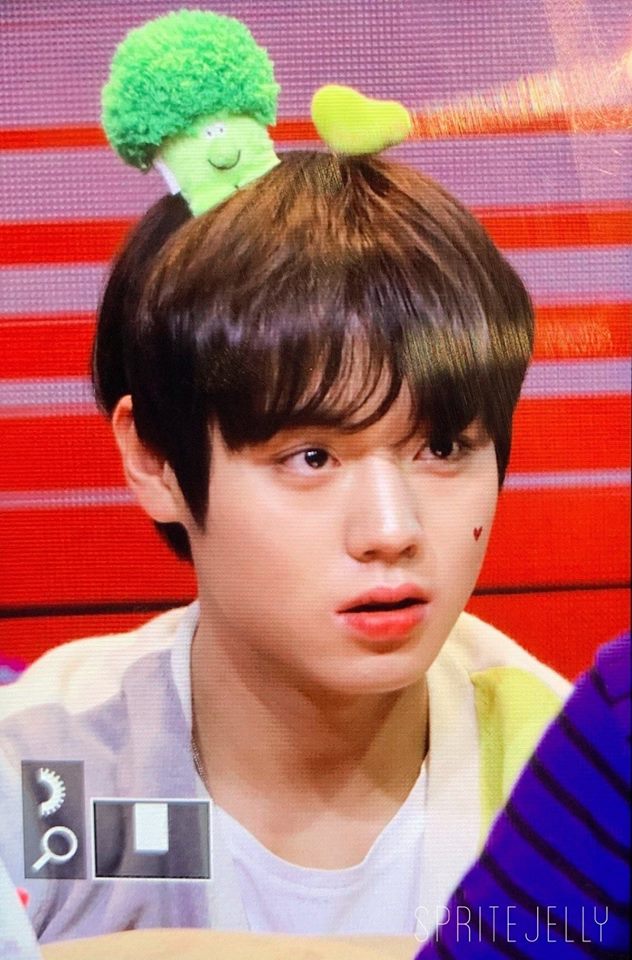 After some time, he was presented with a bigger version of a broccoli soft toy. 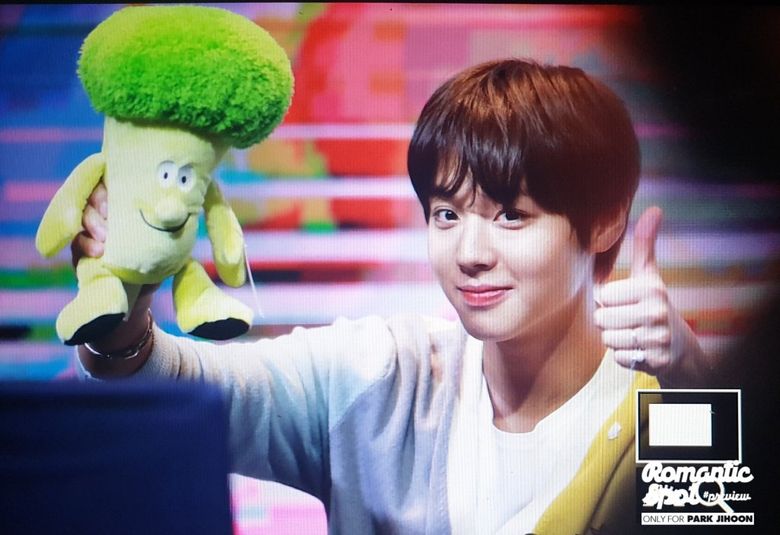 Park JiHoon also seemed to be looking at the broccoli soft toy and 'judging' it. 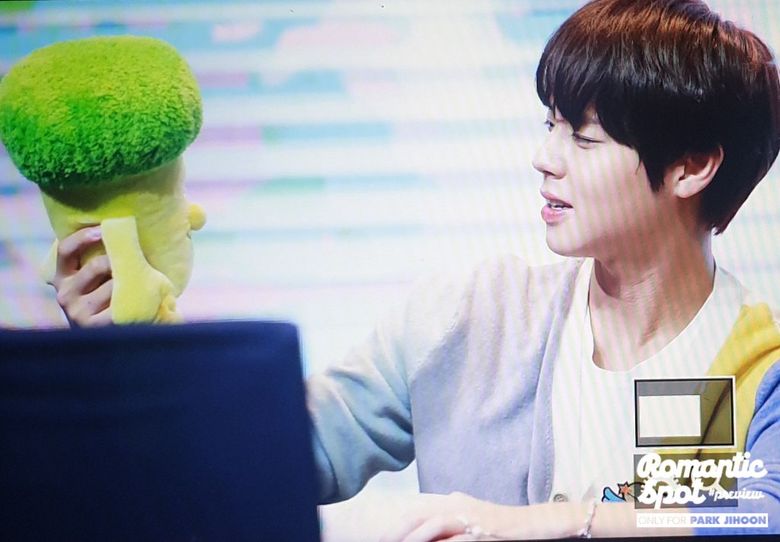 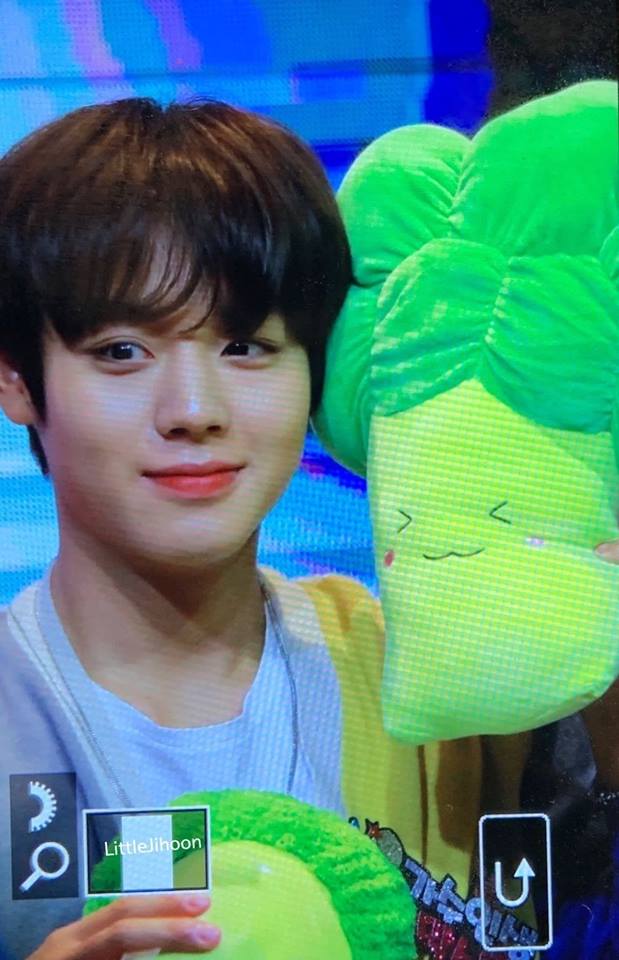 Soon enough, a fan presented him with an even bigger broccoli soft toy! 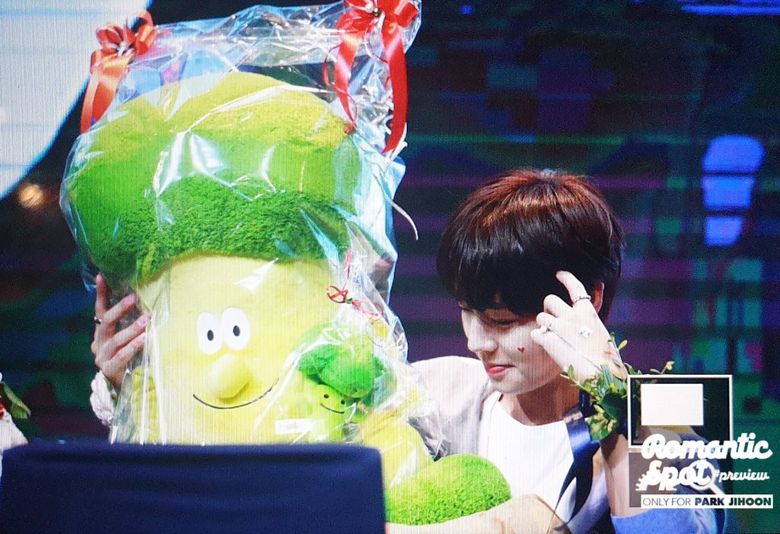 He seemed to be in a lost because as much as he loves the gifts from his fans, broccoli is not his favorite vegetable. With that being said, fans could not help but commented on how adorable he was as he seemed to be struggling internally.